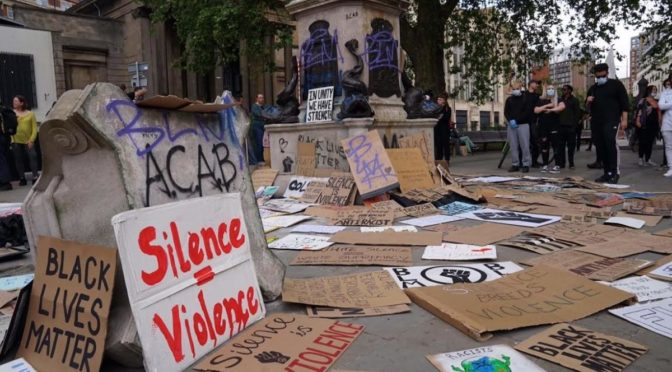 How historians can support campaigners and challenge institutional racism

Jabu-Nala Hartley, Black Lives Matter / Oxford Anti-Racist City
Jabu co-founded Oxford Anti-Racist City, a project which focuses on disrupting and challenging institutional racism. Jabu has been part of the Black Lives Matters protests in Oxford, where thousands gathered in response to the civil unrest in America but also focus on the experience of racist and brutal policing in the UK.

Dr Christienna Fryar is a lecturer in Black British History at Goldsmiths, University of London and a historian of modern Britain, the British Empire, and the Modern Caribbean, focusing on Britain’s centuries-long imperial and especially postemancipation entanglements with the Caribbean. Her work embeds modern British history within the fields of comparative slavery and emancipation studies.

Dr Ashley Howard is an Assistant Professor at the University of Iowa.Her research interests include African Americans in the Midwest; the intersection between race, class, and gender; and the global history of racial violence. Her manuscript Prairie Fires: Class, Gender, and Regional Intersections in the 1960s Urban Rebellions analyzes the 1960s urban rebellions in the Midwest, grounded in the way race, class, gender, and region played critical and overlapping roles in defining resistance to racialized oppression.