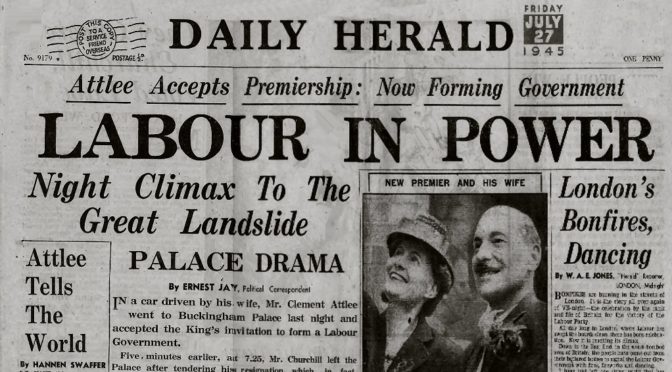 An opportunity for historians with an interest in left wing governments to engage with Momentum and Labour activists.

Beth Foster-Ogg is a Labour activist and Momentum Training Organiser. She has had articles published by Labour List and the Independent, and in 2016 she ran for the position of Chair of London Young Labour.

Michael Walker is a contributor to Novara Media and a Labour activist. In 2016, he worked on the Jeremy for Labour leadership campaign in the volunteer mobilisation team and was a panellist at our first History Acts workshop.

John Callaghan is Professor of Politics & Contemporary History at the University of Salford. His research interests include: the politics and history of socialism, international history since 1789 and political ideologies. Amongst other works he is the author of The Far Left in British Politics (1987) Socialism in Britain Since 1884 (1990), and The Labour Party and Foreign Policy: A History (2007).

Charlotte Riley is Lecturer in Twentieth-Century British History at the University of Southampton. She specialises in the history of twentieth-century Britain, especially the Labour Party, aid and development, and decolonization. She is also interested more broadly in the culture of British politics and society, especially issues around gender politics and the British state.  She is currently working on a monograph exploring the Labour Party’s aid and development policies from the 1920s to the 1970s.