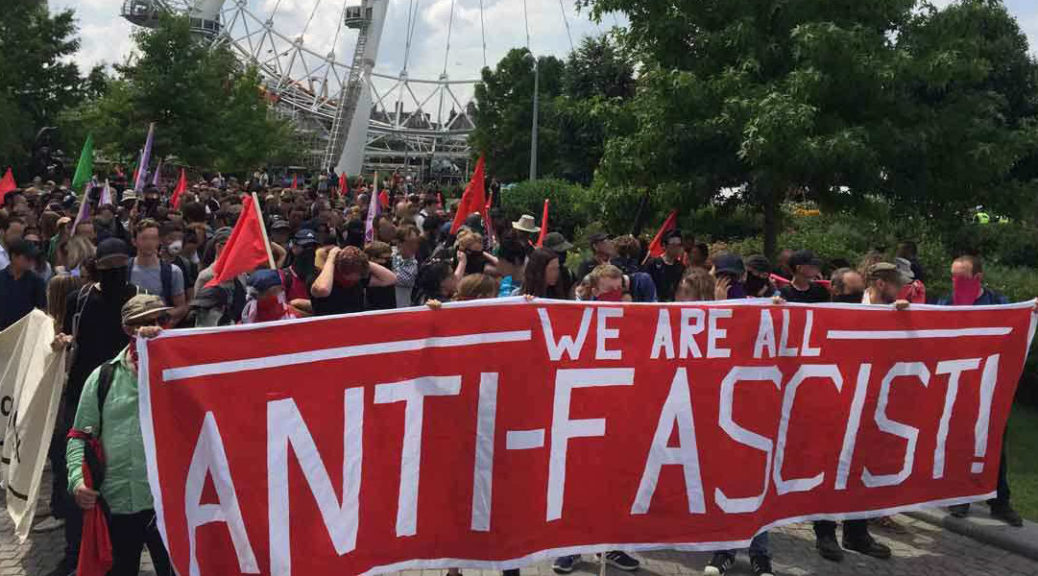 Adam Lawrence, Plan C London
Plan C is an anti-authoritarian communist and anti-fascist organisation, with a number of local groups spread across the UK. www.weareplanc.org .  Adam is one of the hosts of 12 Rules for What, a new podcast about the far right .

Professor Nigel Copsey is a specialist in fascism and anti-fascism. His first monograph, Anti-Fascism in Britain (2000), examined the history of anti-fascism in Britain from the 1920s to the present day. A second revised and expanded edition of this book was published by Routledge in 2017.

Jessica Thorne is a PhD student at Royal Holloway, researching transnational anarchist resistance to Franco’s Spain 1960-1975. She has written for History Workshop Online and is a contributor to Notes from Below.